Shaw Contract approached us to help them promote their EMEA collections in an innovative, utility app. They had already explored the idea of a Floor Designer tool on their website, but wanted to create something much more innovative, and performant. A tool that would allow designers and sales reps, to browse the collection, and then create their own unique patterns and designs. They should also be able to view these patterns in the real world using Augmented Reality, and share the designs on their social channels. Finally, the content should be easily content managed.

We liked the sound of this challenge!

We started by building them an MVP (Minimum Viable Product) that would demonstrate some of the key features of the tool. The app was built natively for iOS, and initially the content was static. We decided to create all of the product pages and news articles as standard HTML and embed these into the app for compatibility later when the content would be served from the CMS as markup.

The MVP version of the Pattern Editor was functional with one of the Carpet tile collections, and it worked well using the Image Target Recognition. We demonstrated the Augmented Reality tool at Clerkenwell Design Week, and had the luxury of a controlled environment at the Shaw Contract showroom. A 1 metre square image was printed and placed on the floor. Visitors were then asked to create their pattern designs and augmented them on to the floor. The 4 metre square canvas then appeared in the space, ready for a snapshot.

After the success of the Clerkenwell Design Week demo, it was agreed to go ahead with the full build. We used the Kentico Cloud SaaS solution for the Content Management, and started to design and implement the data structure.

The Pattern Editor had some new features and we were able to include all of the product range to allow the user to create truly unique patterns that were a mix of Carpet and LVT.

The Augmented Reality experience was also enhanced by removing the necessity for the Image Target, and allowing the user to see their pattern in the real-world by scanning any horizontal surface.

Weald Creative handled the entire process from design, and development, content creation, and even branding the SC Floor Designer logo.

At the time of publishing this case study the app has been live for only a few days, so we haven’t had time to collate the analytics, and metrics. Shaw Contract are happy with the work though, and we look forward to working with them on the next release. 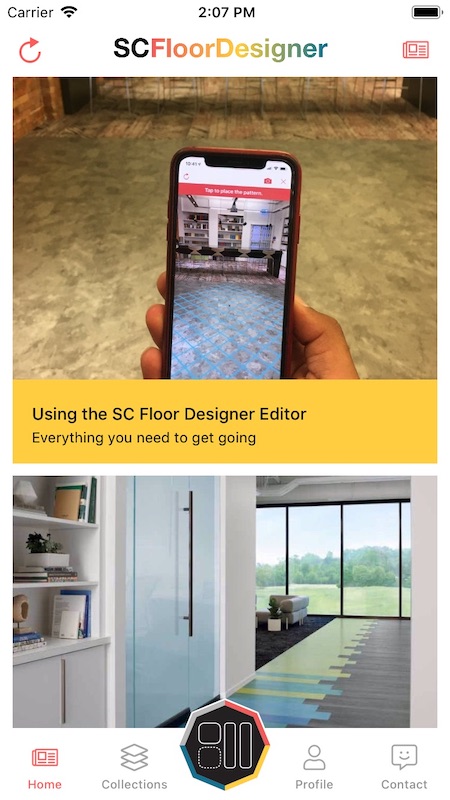 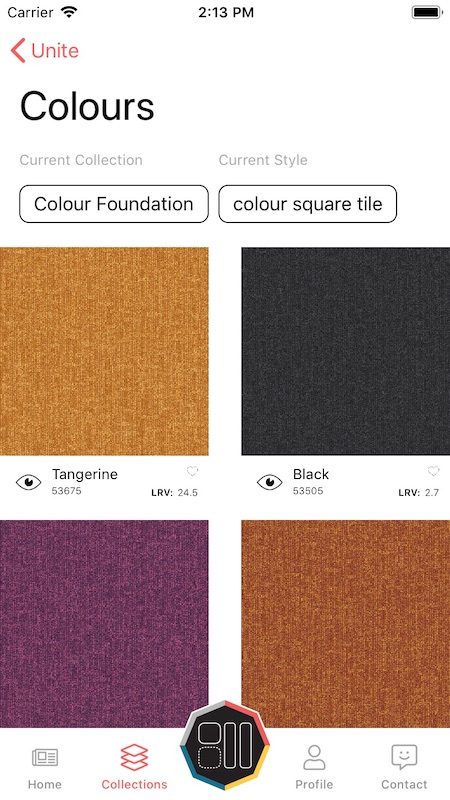 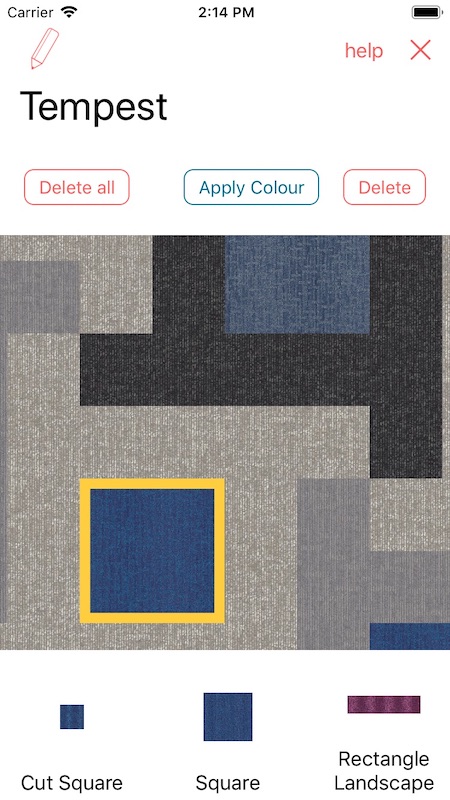