The “Where be Dragons” mobile app uses location-based Augmented Reality to guide users around Bath to hunt the virtual 3D dragon eggs and enter a competition. The app was created for both iOS and Android platforms. Users follow a trusty compass to show them how far away each egg is and which direction to head in. It is then up to them to find one of eight posters in shop windows around Bath City Centre.

We worked with our creative partners over at Considered Creative to put together a beautiful looking app with intricately illustrated digital dragon eggs and a superb User Experience that was engaging and a lot of fun. We spent hours testing the app around the City of Bath and it was a great way to discover the city and all of its delights.

We had to create an engaging, innovative experience using Augmented Reality, for both iOS and Android; and it had to work flawlessly whilst users explored the city. There were many technical challenges: the apps compass had to work consistently using GPS whilst on and offline, which was tricky on Android because location accuracy relies heavily on being online as well as being connected to GPS satellites. This caused us a lot of headaches, but eventually we managed to tweak the UX so the user knew exactly how to optimise the app to ensure the best accuracy.

Another challenge was the 3D content, and Augmented Reality technology: many companies tend to build apps for multiple platforms using a cross-compiler tool like React Native, or Xamarin. We knew upfront that this was going to be problematic because of the requirement for 3D content and the use of the Vuforia SDK for the AR work, so we had to build two separate apps for iOS and Android to make sure we could guarantee the best possible user experience, and minimise bugs.

Weald Creative delivered two native apps for both iOS and Android. We managed the deployment to the app stores for both platforms, and worked with our client to ensure the entire process ran smoothly. The apps included the relevant scripts to provide useful data and analytics, and we were able to monitor app usage, and iron out a couple of problems that appeared. Because of the nature of the project, we spent time in the wonderful city of Bath, to test the locations and make sure that all the AR targets were positioned appropriately.

The exhibition in Bath has been a great success, and the companion app has been downloaded over 1000 times on iOS and 800 times for Android. 700 entries have been submitted to the competition. We are delighted that the exhibition has been such a success, and we see this as a sign that, indeed, there is a hunger for Augmented Reality experiences; especially when they encourage children to get out and explore amazing places. 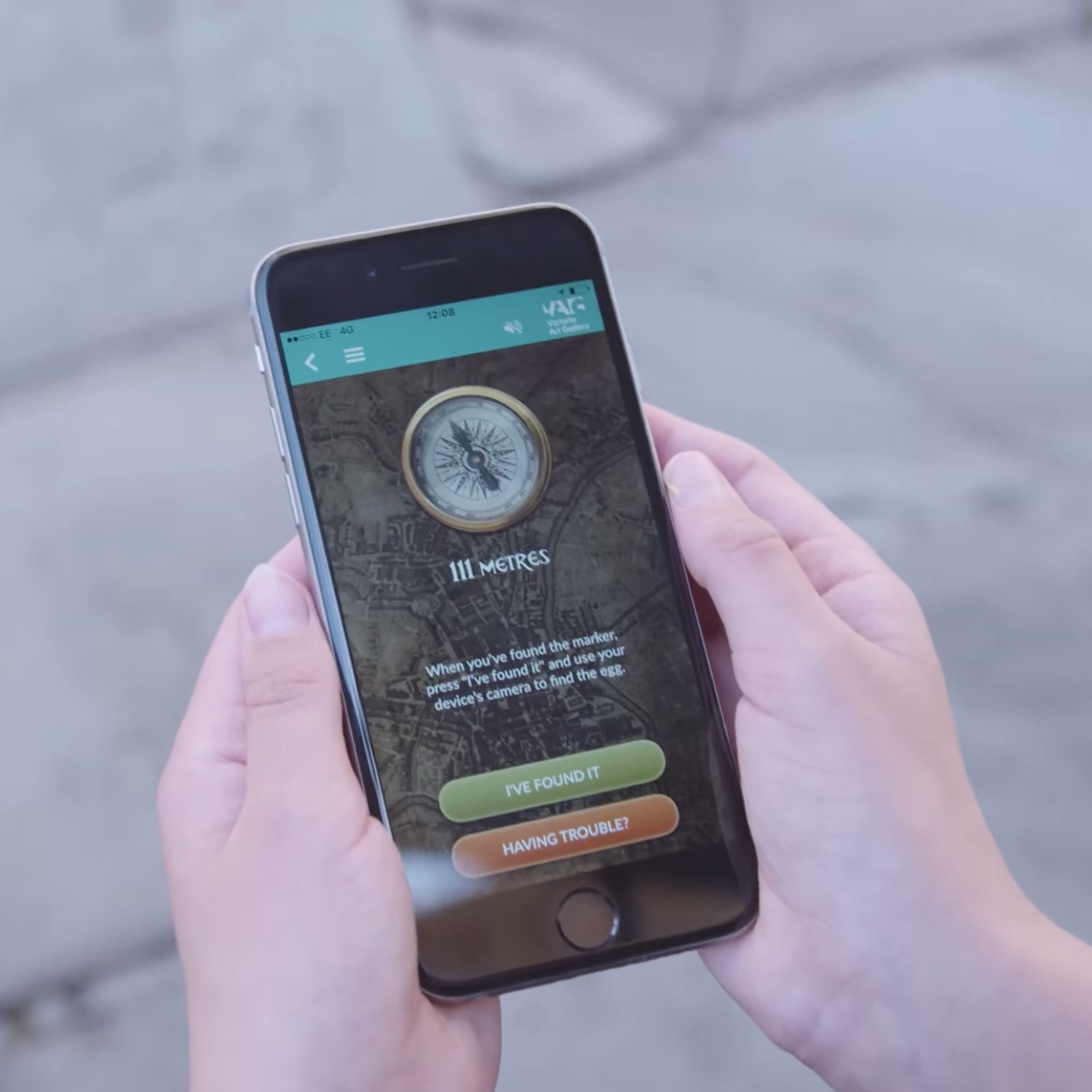 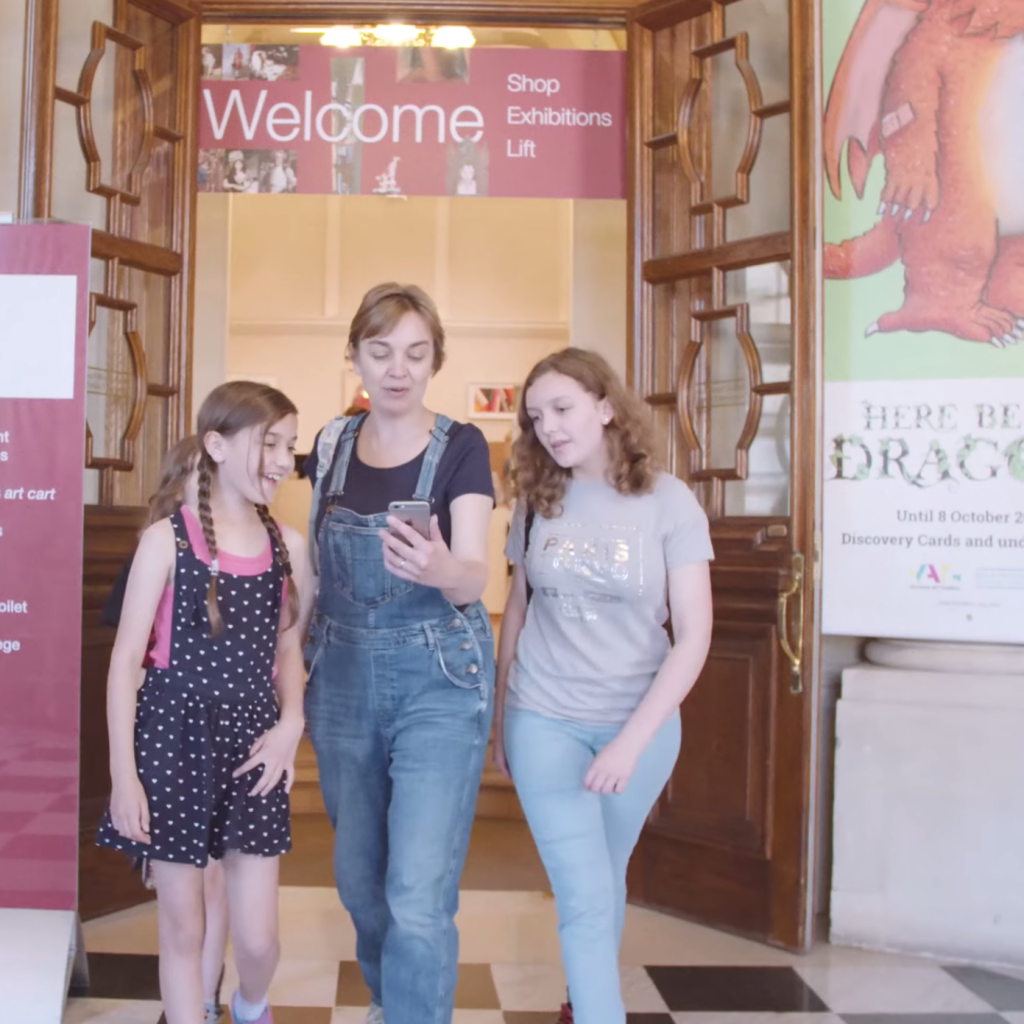 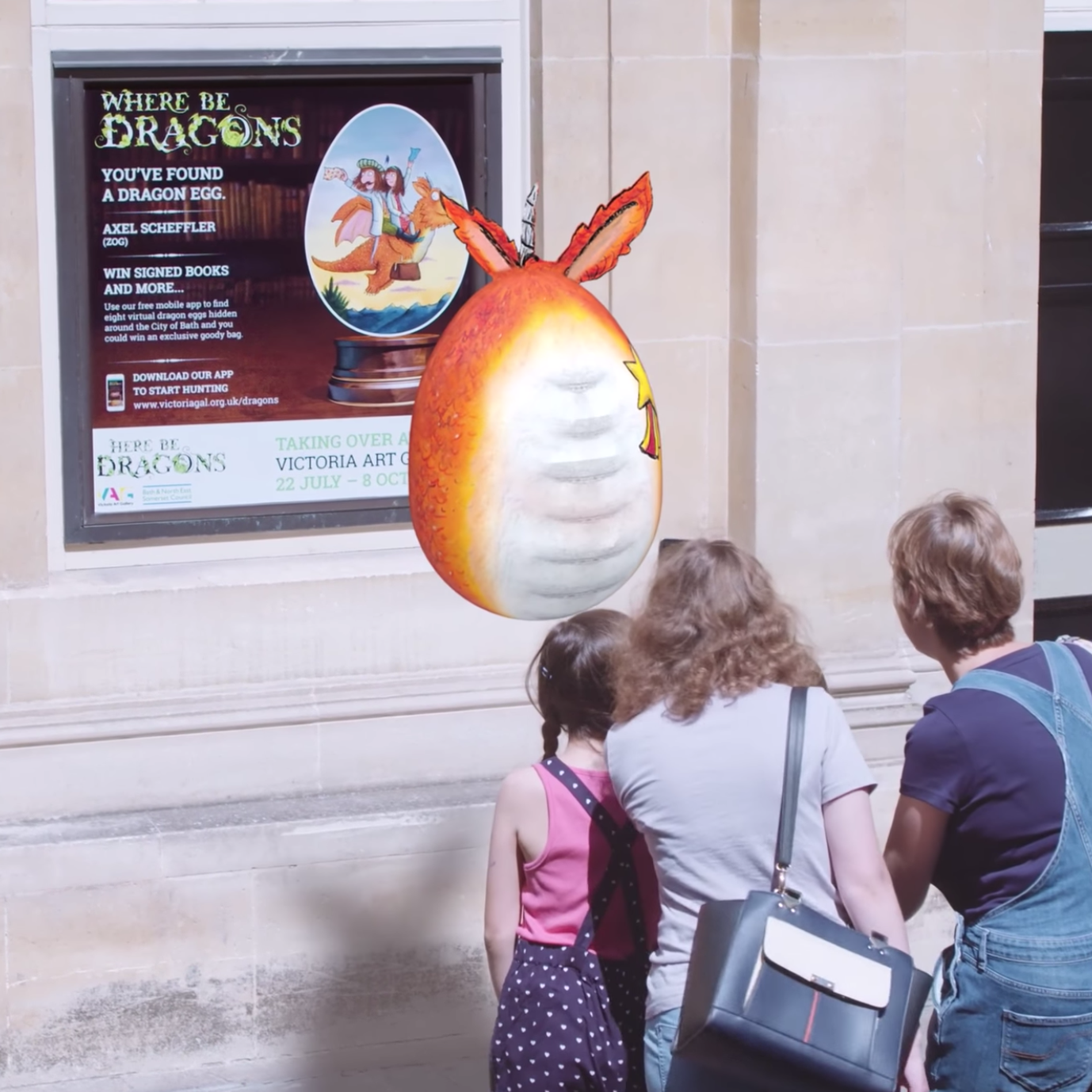 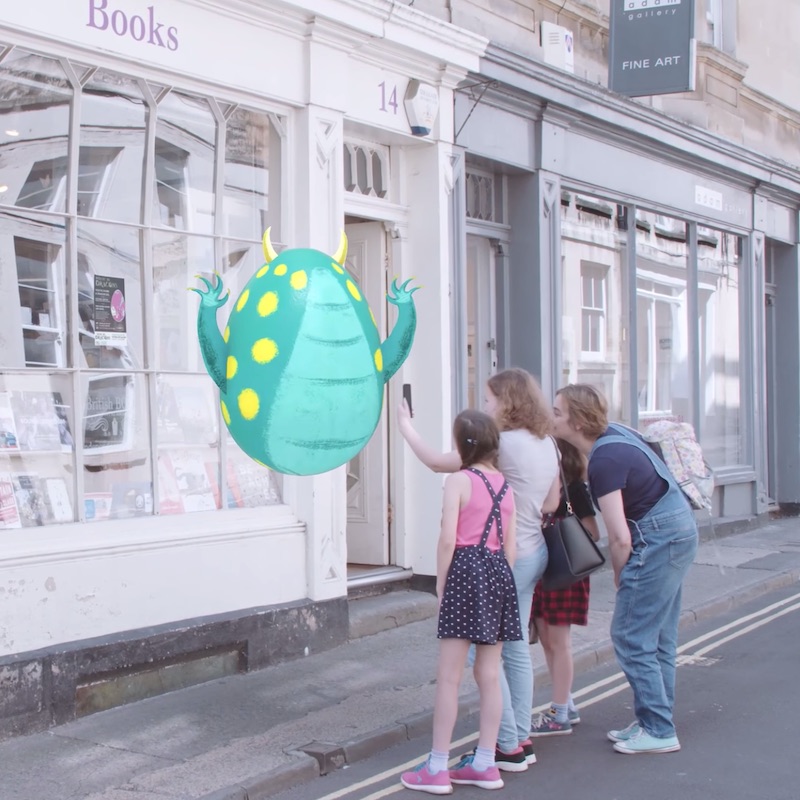 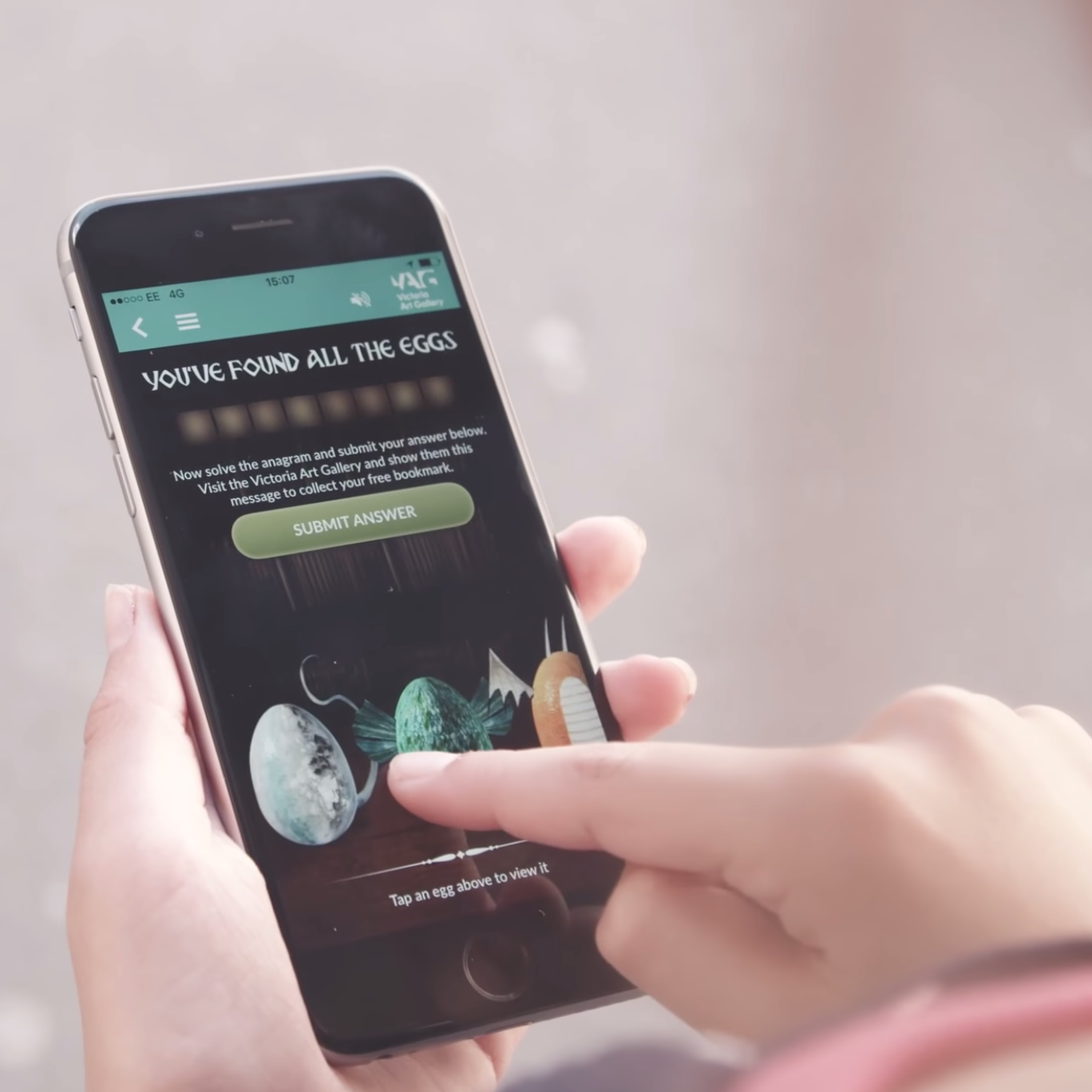 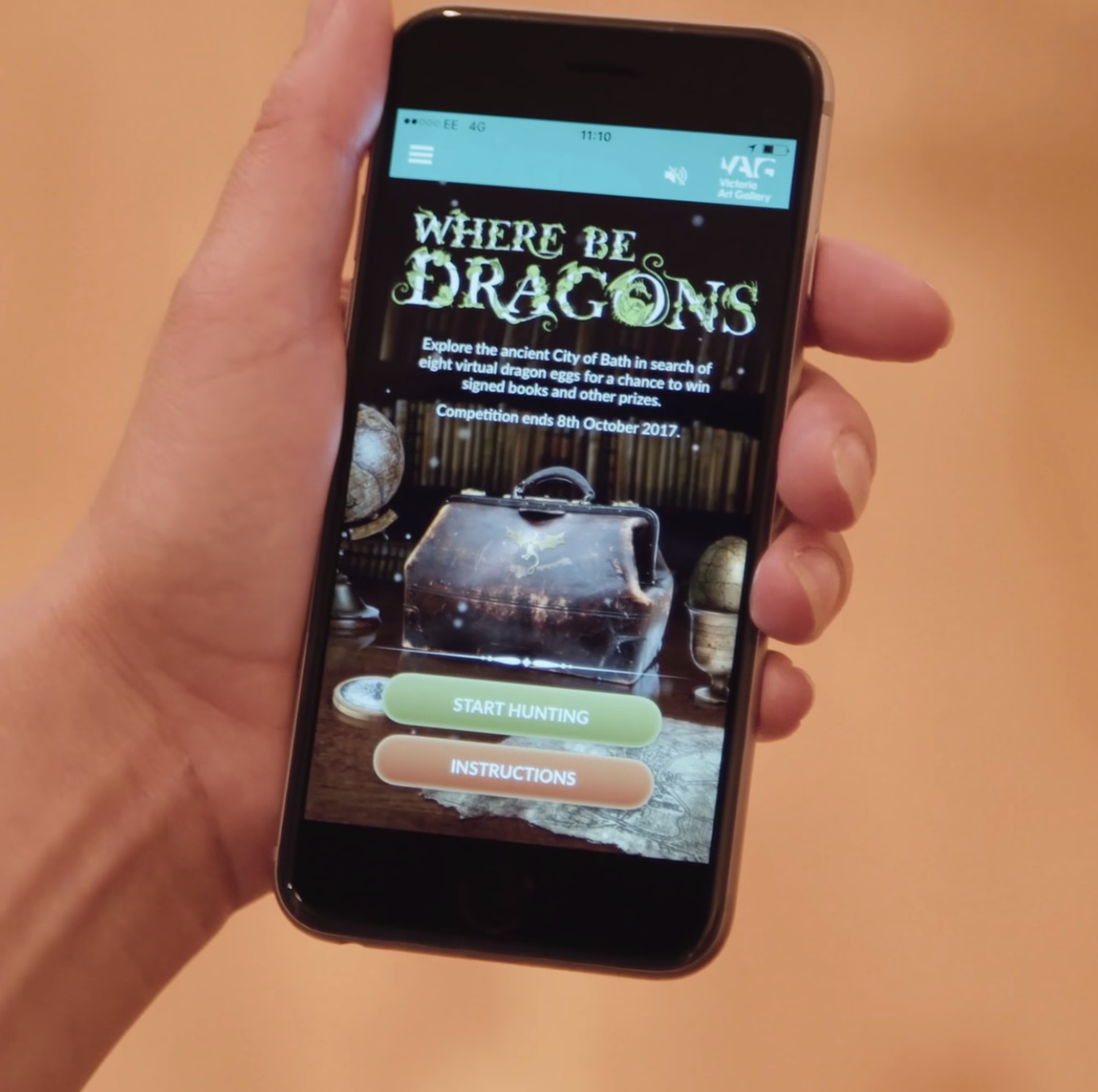